Regulation of cortical development in health and disease

Regulation of cortical development in health and disease

Our lab aims to elucidate the fundamental mechanisms that dictate cell fate acquisition and neuronal maturation during mammalian corticogenesis.

To unravel new regulators of neurodevelopment, we learn from the genetic mutations that have been associated to neurodevelopmental disorders (NDDs), including malformations of cortical development, intellectually disability and epilepsy. Although the etiologies of those diseases are not always clearly understood, the nature of the mutated genes can give us pathological insights and may elucidate general principles for brain development. 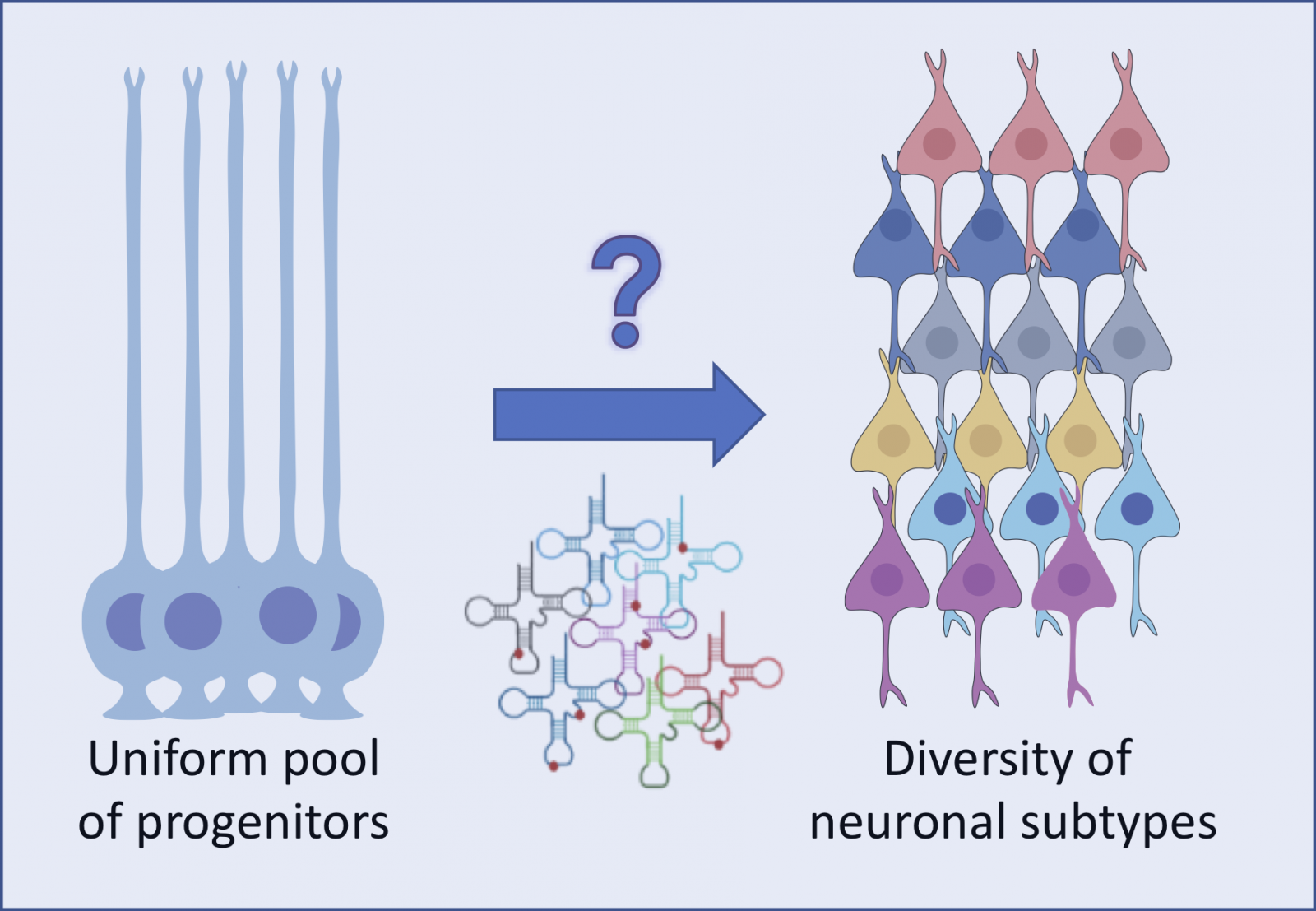 The cerebral cortex is a central structure of the mammalian brain, characterized by a remarkable diversity of neuronal types. Understanding the origin of the extraordinary neuronal diversity is fundamental to understanding how the cortical architecture and its diverse functions emerge during development. It remains a critical challenge in cellular and molecular neurobiology. While the efforts have been focused on transcriptional control, evidence for regulation at the translational level is emerging. We hypothesize that translational control, though oft overlooked, acts in a combinatorial fashion with transcriptional induction to regulate gene expression programs during cortical patterning. We have demonstrated an intimate functional link between cortical development and cellular content of mature transfer RNA (tRNAs) (Laguesse et al, Dev cell, 2015), the major determinant of translation. We, therefore, propose to address how translational control, through the modulation of the availability of mature translationally competent tRNAs, hones gene expression programs during lineage progression, thereby regulating neuronal diversity. Studying this yet unexplored question could unravel a hitherto unrecognized level of neuronal fate identity determination in the cerebral cortex

We are combining ribosome profiling, mRNA and tRNA deep sequencing and gene manipulation in vivo in the mouse embryonic cortex to i) uncover the specific translational programs that influence neuronal lineages progression; ii) determine how tRNA repertoires (both at the transcriptional and post-transcriptional levels; i.e. tRNAs modification) are shaped to meet the specific translational needs of different cell types during corticogenesis and iii) validate the functional importance of fluctuation in mature tRNA content during cortical development.

2. Regulation of the intracellular dynamics during cortical development 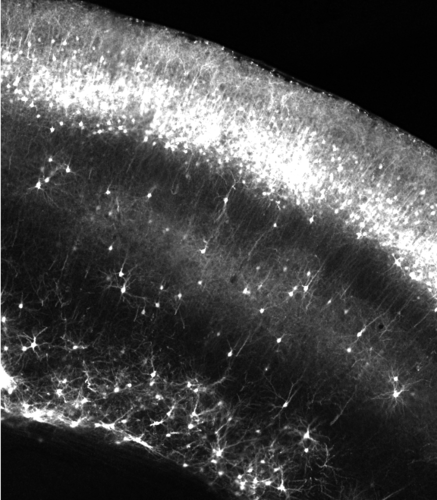 The formation of the nervous system requires functional Microtubules (MTs) and Actin cytoskeletonsduring all stages of development. MTs and actin act in concert with MTs associated proteins (MAPs) and motors and actin binding proteins, respectively, to carry out the structural changes that underpin key developmental events. These include such as neurogenesis, neuronal migration, axon path finding and synapse formation. Interestingly mutations in human genes encoding either tubulin, MAPs or motors have been associated to malformation of cortical development (MCD), a group of socially-devastating neurodevelopmental disorders that can lead to severe intellectual disabilities (ID). However, how these mutations lead to MCD is not fully understood. A better understanding of the role of cytoskeleton proteins during cortical development is critical to shed more light on molecular mechanisms underlying neurodevelopmental pathologies. We approach those issues through a candidates-based approach. Thanks to collaboration with clinicians, we select cytoskeletons associated genes in which variants have been identified in patients presenting with MCD or other neurodevelopmental disorders (NDDs) and whose function is not known in the developing cortex.

We study both the physiological roles of those genes with the aim to identify new regulators of the cortical development and the pathological mechanisms associated to disease to better understand the etiology of NDDs. Our deep functional analysis should allow us to uncover both the cellular and molecular mechanismsunderlying the physiological and pathological function of those newly-discovered genes. We are currently focusing on two genes encoding a kinesin, KIF21b (Asselin et al, Nat com, 2020) and a MT-associated protein WDR47 (Kannan et al, PNAS, 2017). 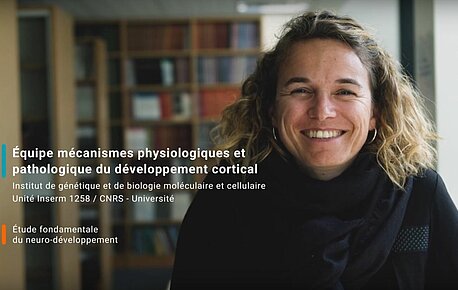 At the start of 2022, Juliette Godin, Inserm researcher, won an ERC Consolidator grant for her project "Gene regulation during cortical development".…

Member of “International Research consortium for the Corpus callosum and cerebral connectivity”.

Member of RISE, Network of all the imaging platforms of Strasbourg Short videos on the activity of the lab: 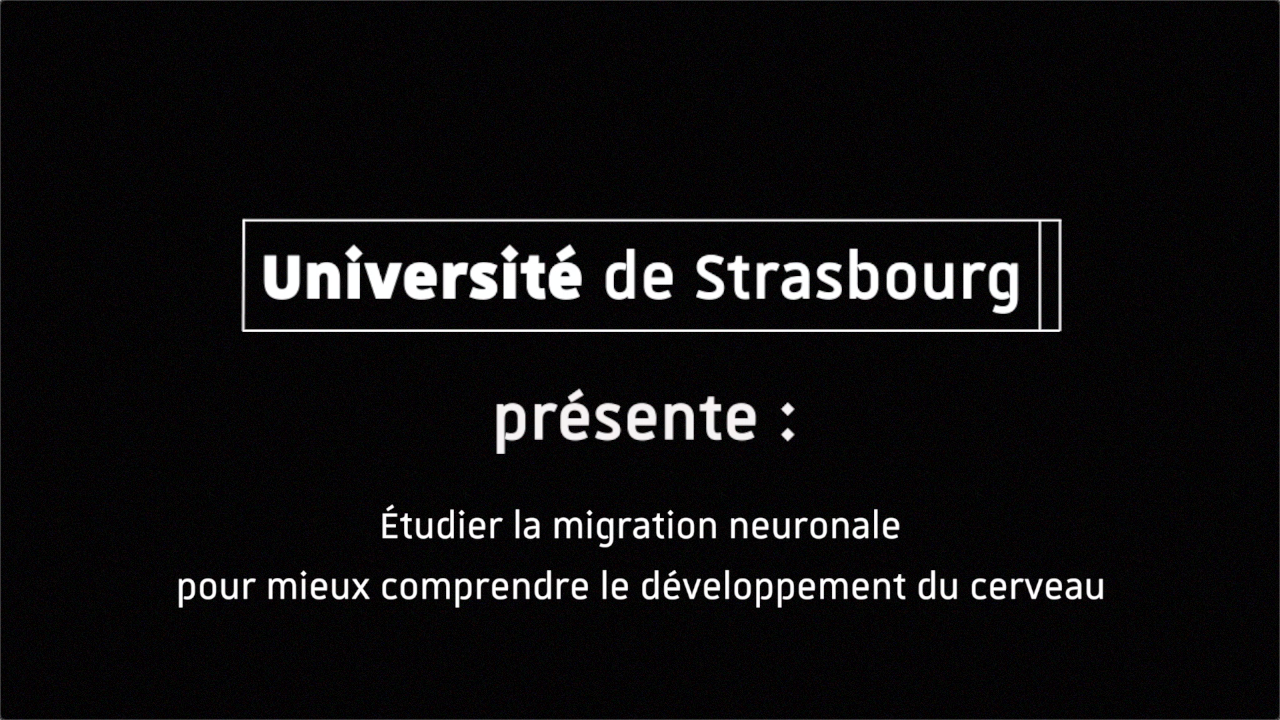 Presentation of the ERC project in french